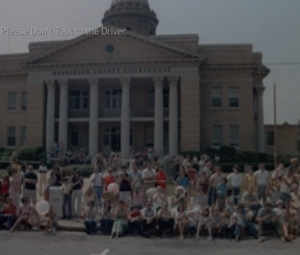 Sonny and Will have a propensity for being in the wrong place at the wrong time. Though Hendersonville during the Apple Festival seems like the right place to Sonny, it’s not nearly as enjoyable for Will. Then, for a fleeting moment, out on the road after the parade is over and it’s back to hauling loads, both boys agree that they are in the right place. But soon they are thrust back into the wrong place when their attempt to help a busload of stranded passengers puts everyone in danger.

A gang claims one of the bus passengers has their loot. With a high-powered sniper rifles they pin Sonny down in a dilapidated house with the ungrateful, difficult bus passengers. Will escapes the annoying bunch and happily plays hide-and-seek outside with the bad guys. Sonny, in the wrong place, has to suffer with the whiny crowd.

After the bad guys are dispatched, Sonny finally gets back to the right place when he insists the passengers adhere to a sign on the bus as he drives them back to Hendersonville; “Please Don’t Talk To The Driver” 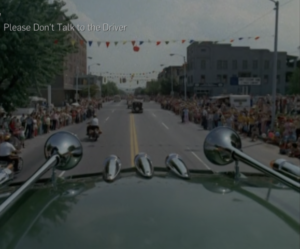 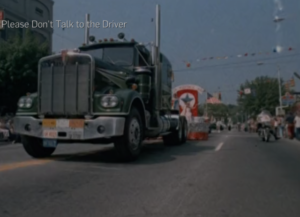 Sometimes things work in reverse and you have a scramble a little…. Especially when you’re doing a television series shot 100% on location and are trying to take advantage of the local color. So, here’s the deal: Ervin Melton, our location manager, called our offices at MGM in Los Angeles and said, “There’s a big time Apple Festival and Parade happening in Hendersonville, NC just about the time we’re planning to be there. Do we have a script that could allow us to take advantage of this lovely, abundant, and completely free background event?” 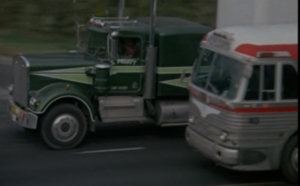 It’s time for the producer to employ a little subliminal suggestion – so I amble into Jimmy Sangster’s office and tell him of the wonders of Hendersonville and all the goodies we can get for free!!!  All we need is a script incorporating an Apple Festival and parade. By this time, Jimmy had written two Movin’ On episodes and was our executive story consultant and my favorite episodic writer then working in Hollywood. With complete confidence, with not a whisper of doubt, Jimmy says, “Give me some time and I’ll come up with something.”

I quietly slip out of his office with a grin on my face; mission accomplished.

Later that afternoon, Jimmy brings in the idea for “Please Don’t Talk To The Driver”. 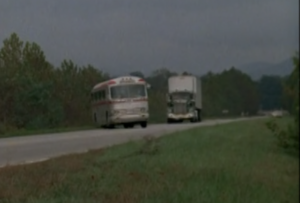 I call the network and they approve the story. Now, who will direct?  My “go to” guys…. on short notice…. are not available. Now I’m stuck. I really feel like we need a director familiar with our cast and crew and our methods. Then, another magical call comes in from location. It’s our Director of Photography, Jack Priestley, “You know, Barry, I’d like to direct the Hendersonville episode if you can get it to us in time.”

Sangster writes fast, and good…. so, Sonny, Will, and our rig, the third star, become features in the 1975 Hendersonville Apple Festival Parade down Main Street…. with many, many, folks lining the street cheering our boys.

When you look at this episode, keep in mind it’s a “bottle show”, meaning all the action takes place in a small, controlled environment, and all the interplay between actors is done close up and personal.  This is a “Ship of Fools” plot line…. wherein all the characters play out their personal stories, and their stories are revealed as the overriding action of the piece goes on around them. 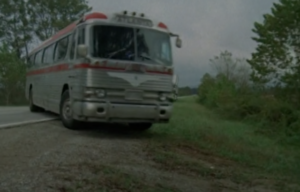 Our guest star, John Dehner…. a favorite of many other series and feature films, does a very nice job as the bad guy who matches wits with Sonny and Will in a cat and mouse confrontation. In this instance, Sonny and Will’s clever moves and guile win one for the mice. Add in the always entertaining “off the cuff” humor between our guys and you have a very engaging episode that would not have existed but for a shrewd location manager, Ervin Melton. Our other location manager, though he didn’t find us an Apple Festival, did equally good work and found us many fantastic locations. Big thanks to location manager, R. Anthony Brown too!

On a personal note, I have been back to Hendersonville many times in the recent past. The town hasn’t changed much and the apple cider is incredible!!!…. Enjoy, and let us know what you think. 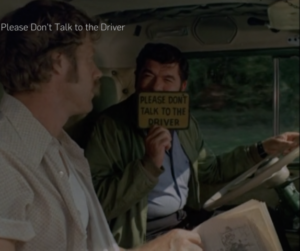 Sonny lets Will know what he wants