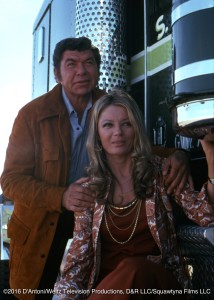 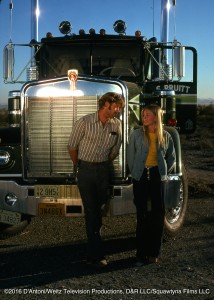 A story so big, it takes 2 parts to tell. Sonny takes Will to his home town for Christmas dinner. The boys and Sonny’s ex-wife run afoul of gangster, John Vernon, soon to be Dean Wormer. There’s also a truck race and the pretty widow of Sonny’s son, who Will has an eye for. Can’t wait to see how it all plays out in part 2.

When Sheree North walked into our offices, the entire staff took notice…. not only because North was a “stunner”…. but, because she was an actress with a wonderful background story. She was a very talented and oft times discussed replacement for Marilyn Monroe. On numerous occasions 20th Century Fox tried to have North replace the hugely difficult Monroe….. but try as they would…. it never came to pass. Likely the huge talent of Monroe showed through and North was not given the studio backing to put her in the type of films that would allow the American public to sit up and take notice and appreciate North in the iconic way that Marilyn Monroe is remembered. But, I can tell you this….. Claude was thrilled when we told him Sherre had been cast to play his ex-wife in “Going Home”. He recognized her extraordinary talent and the two of them made the two-parter a favorite of many of our viewers.