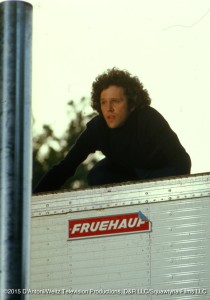 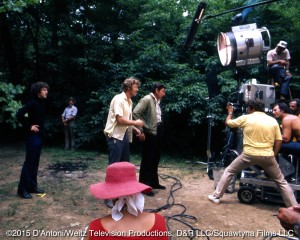 Toe to toe with the Rooskies? Well, not quite. But Sonny and Will do get up to their eyeballs in Cold War politics. Once again they win the day and manage not to start World War 3.

It’s 1979… and I’m standing on the set of my film “She’s Dressed to Kill” which we were doing for NBC. It’s a great location…. we’re on the aerial tramway in Palm Springs, California… We have a wonderful cast… Eleanor Parker, Jessica Walter, Corinne Calvet, Connie Sellecca, Jonathan Banks, and the very talented… John Rubinstein. Suddenly, John walks over… he warmly embraces me…. with lots of hugs… I have always loved actors, but I wasn’t sure about this sudden, abundant outpouring of affection. The director, Gus Trikonis wants to continue with the scene… but John wants to be playful and asks…”l bethcha you don’t remember when we first met?”… I say, “I’ll betcha One Whole Dollar, I do.” He says, “you’re on for the dollar”… big Betters here… “OK’” I say, “here goes… it was 1975 and we were in Washington, D.C. and you were doing the episode ‘Stowaway’ for my series “Movin’ On”… and you played a Russian pianist… who stows away in Will and Sonny’s truck. “John lights up with excitement…”and I thought you forgot”…”No way. You gave a great performance.”

We laughed… and laughed… traded stories of Rosey Grier and Art Metrano, who were in this episode as well. John felt particularly invested in his role in ‘Stowaway’ as his father was the incredible Arthur Rubinstein… the world-renowned… virtuoso pianist. John gave stellar performance and the episode received wide acclaim.

As I recall, I don’t think I ever got that dollar!!!

In this, the premiere episode of season 2, there is an obvious upgrade in production values. Much better music and photography. Claude and Frank are hitting their stride and look very comfortable in their roles.