So much has happened in 2017. Let’s have a look back at a fantastic year for Movin’ On:

On the sad side we lost a real friend of the family in 2017. Bill’s sister, Brenda, passed after a long illness. We will all miss her.

Lastly, a very, very long shot for 2018 is a reboot! I only mention it because Barry and I have spoken with a talent agency and they are exploring opportunities. Take it with a grain of salt people. 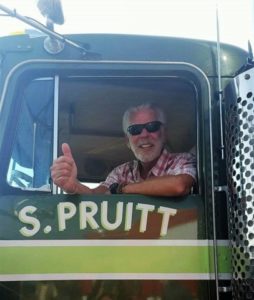 Barry in the cab of Movin’ On Kenworth